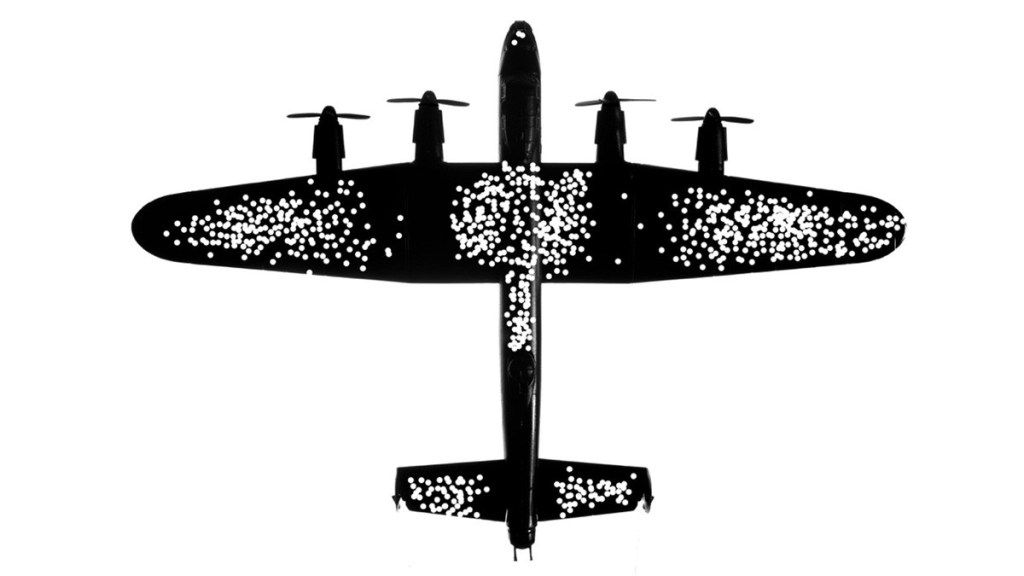 During the Second World War, the American government wanted to figure out how to protect their planes. They had lost 100s of planes to anti-aircraft guns of the Germans. One of the engineers suggested that they reinforce the planes with extra armours to prevent damage from bullets. He suggested to do a survey of all the places where the aircraft guns had hit the airplanes.  Using this they developed a heat map as shown below in the image.

One could clearly see that the wings and some sections of the body had been hit the most. On the basis of the where the damage was maximum, they decided where to put extra armour.One man, a Hungarian Jew mathematician named Abraham Wald, disagreed. His theory was that planes with bullet holes in the other places never made it back.While there were holes in specific places in the examined planes, all these planes had made it back safely, so it was clear that damaged caused was not dangerous to the planes. So he recommended exactly the opposite, the undamaged places should be the most heavily armoured. His insight saved thousands of lives! . “The armour goes where the bullet holes aren’t.”

The principle of inversion in thinking gives you a complete range of possibilities. Often most of the times the analysis is around what happens if certain things are true, but true insight and solutions come when we invert and look at things as if they were not true.

It is also a brilliant example survivorship Bias

This story is part of an curation initiative called as “One Story a Day” started by me during the start of COVID-19 and we have over 150+ stories posted already.

If you would like to receive one bite-sized story(<5mins read/listening time) which will help in your self-development & reflection, please follow the link below to join the “One Story a Day” WhatsApp group.

The promise of “One Story a Day “ WhatsApp group.

This site uses Akismet to reduce spam. Learn how your comment data is processed.